I went to my mailbox today and found something remarkable: A notice from School Choice Ohio telling me that I could get $4,250 a year for my kindergartner to attend a private school as long as I was part of a low-income or middle class family. And the best thing? I will be able to keep the voucher for Carson to attend private school all the way through high school!

Except, if I did that, it would leave my other son, Logan, with less money and opportunities because he would remain in the public schools, though it's being directly funded with state lottery money for now -- money that would have otherwise gone to Logan. But no matter. 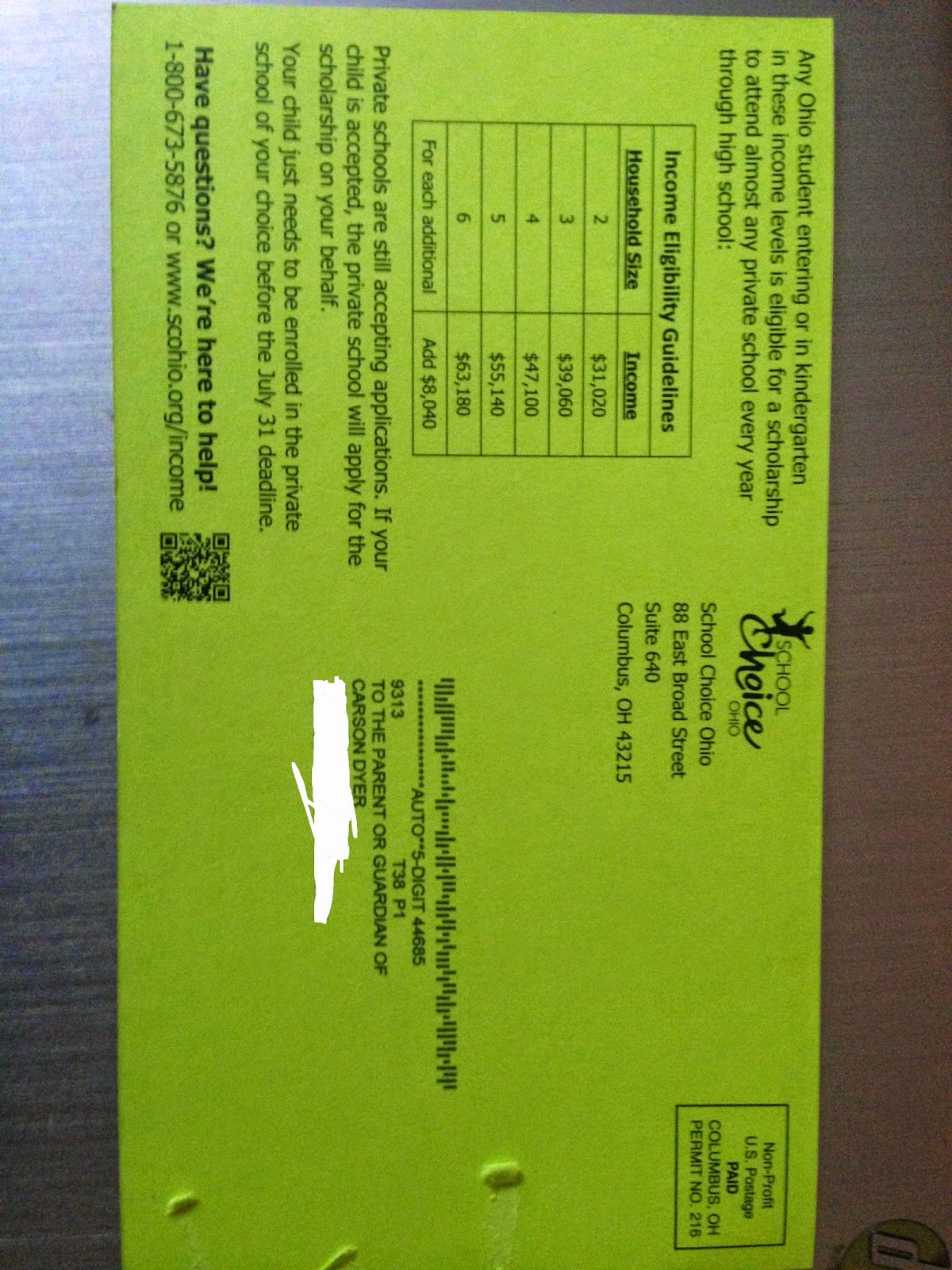 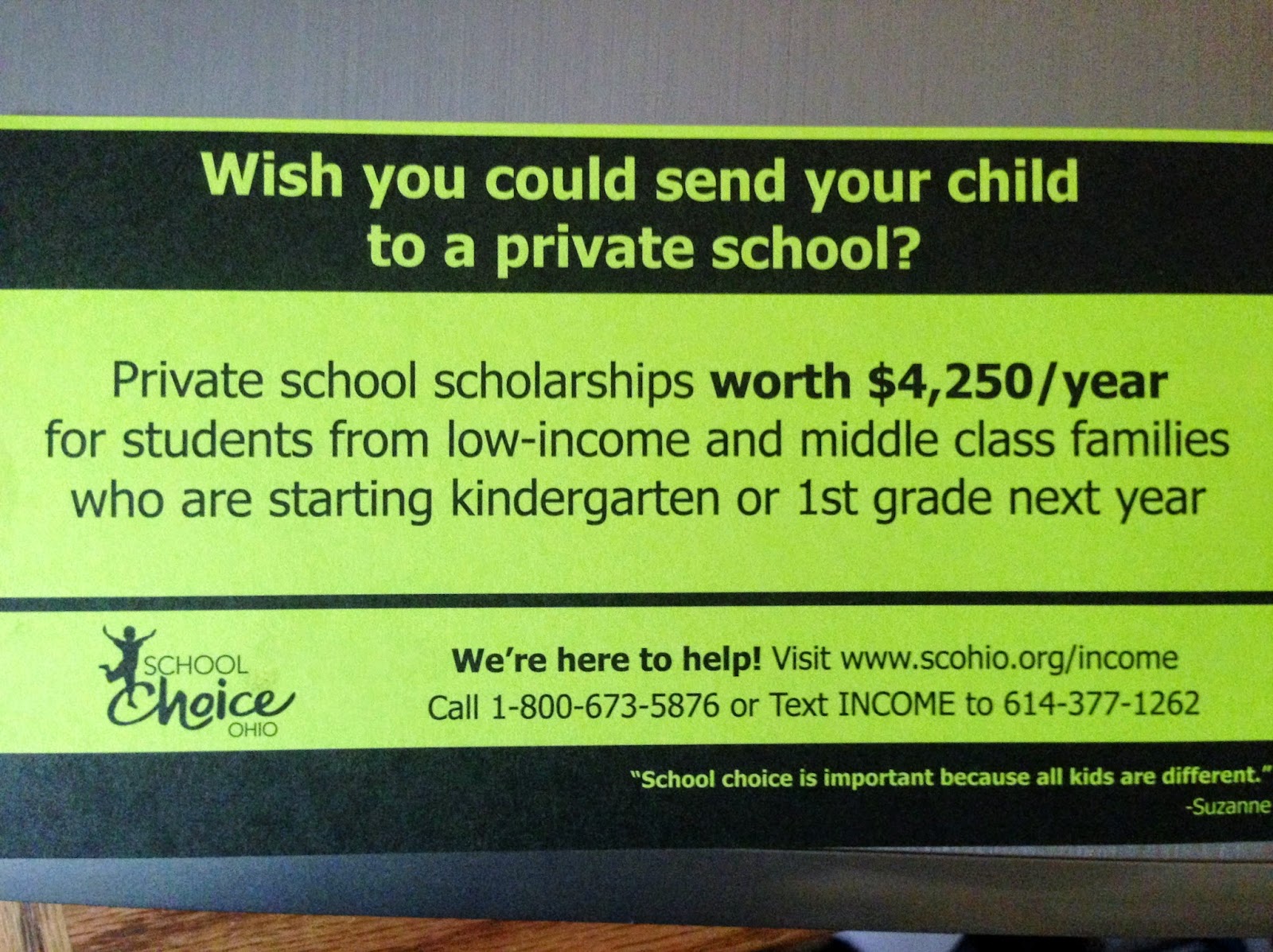 Last year, we reported at Innovation Ohio that middle class families would qualify for this expansion, with families earning $94,000 a year qualifying for a partial amount. The School Choice Ohio flier says if my family made $47,100, Carson would qualify.

Vouchers have exploded under the current Governor, from $99 million before he took office to more than $175 million this year. With the efforts of School Choice Ohio, we can only expect those numbers to grow larger. And remember that with each Voucher, less money is left for children who are not taking the Voucher, forcing all of us to have to vote for more property taxes or accept cuts in services to our children.