Larry Householder is as corrupt as the day is long. But on Education Policy, he fought the good fight. 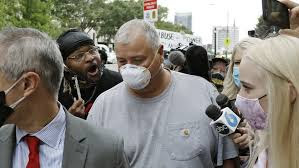 Look, we all knew what we were getting into with Larry Householder's return to the statehouse, which effectively ended yesterday when he was arrested by the FBI as the ringleader of a $60 million bribery enterprise.

He had already left the speakership under a cloud of suspicion in 2004. And around Capital Square, it was pretty much assumed -- only partially in jest -- that if you wanted to get anything done, it had to be quick because his dalliances with corruption were sure to draw law enforcement attention.

No more was this felt than in my sector -- Education Policy.

Larry Householder has long been an advocate for fixing our state's broken education funding system, though (importantly) he never got it done. He has stood up for funding of poor kids and black and brown kids. He has been a voucher skeptic and called for the end of for-profit charter schools.

Yet he took tons of money from ECOT -- a for-profit school involved in a $200 million scandal that still dwarfs Householder's caper, by the way.

But it is on school funding that Householder really wanted to leave a mark. It's often told that he claimed it would take a "Perry County Speaker" to fix the problem first addressed by a Perry County judge in the DeRolph case in 1994.

He was the one resisting the Cupp-Patterson education funding plan, even though an overwhelming majority of legislators were for it, because he thought it didn't do enough for kids in poor districts -- a sentiment I shared.

He's also the one who kept the voucher expansion plan championed by state Sen. Matt Huffman from going through and insisted on direct funding of all vouchers so it wouldn't come directly out of school districts' bottom lines.

He didn't like Ohio's overtesting of kids, nor was he a fan of the state report card. He even publicly called out its bias against poor kids and black and brown kids. In fact, he said the reason people flipped out over the voucher expansion was because wealthy suburban schools were suddenly facing the issues that poor and black and brown districts have been facing for years.

Yes, he had a fondness for ECOT (and founder Bill Lager's campaign money). And that was a problem. But he famously called for the end of for-profit charter school operators, like Lager.

On education policy, Larry Householder was one of the few Republican lawmakers I've witnessed who not only got school funding, but wanted to do something real to fix it and had the power to do so.

But wow. Was he corrupt.

He's getting what he richly deserves. But I guess what I'll always think about Larry Householder -- whose prodigious political talent was eclipsed apparently only by his insatiable appetite for money and power -- is what a waste.

He could have fixed school funding.

He could have instituted a better, more reasonable testing and accountability system.

He could have brought sanity to our out-of-control voucher problem.

He could have eliminated the for-profit charter school operators who have ripped off taxpayers for three decades.

He could have done so many good things for schools, kids and parents. Instead, he preferred shaking down companies to maintain power.

It's a sad day for Ohio. But I'll think of Larry Householder's fall as another unfortunate and significant step backward in our state's four-decade-long struggle with school funding.

It's up to us to chart a new path forward. Hopefully with legislators who, like Householder, get school funding, but without the voraciously corrupt appetites.
Posted by Stephen Dyer at 1:05 PM