I've been doing some work on Charter School funding lately, focusing on the Electronic Classroom of Tomorrow. While I was doing this, something funny happened. As can be seen in the screenshot below, Google Chrome asked me if I wanted to translate the state payment report for ECOT from Norwegian into English. 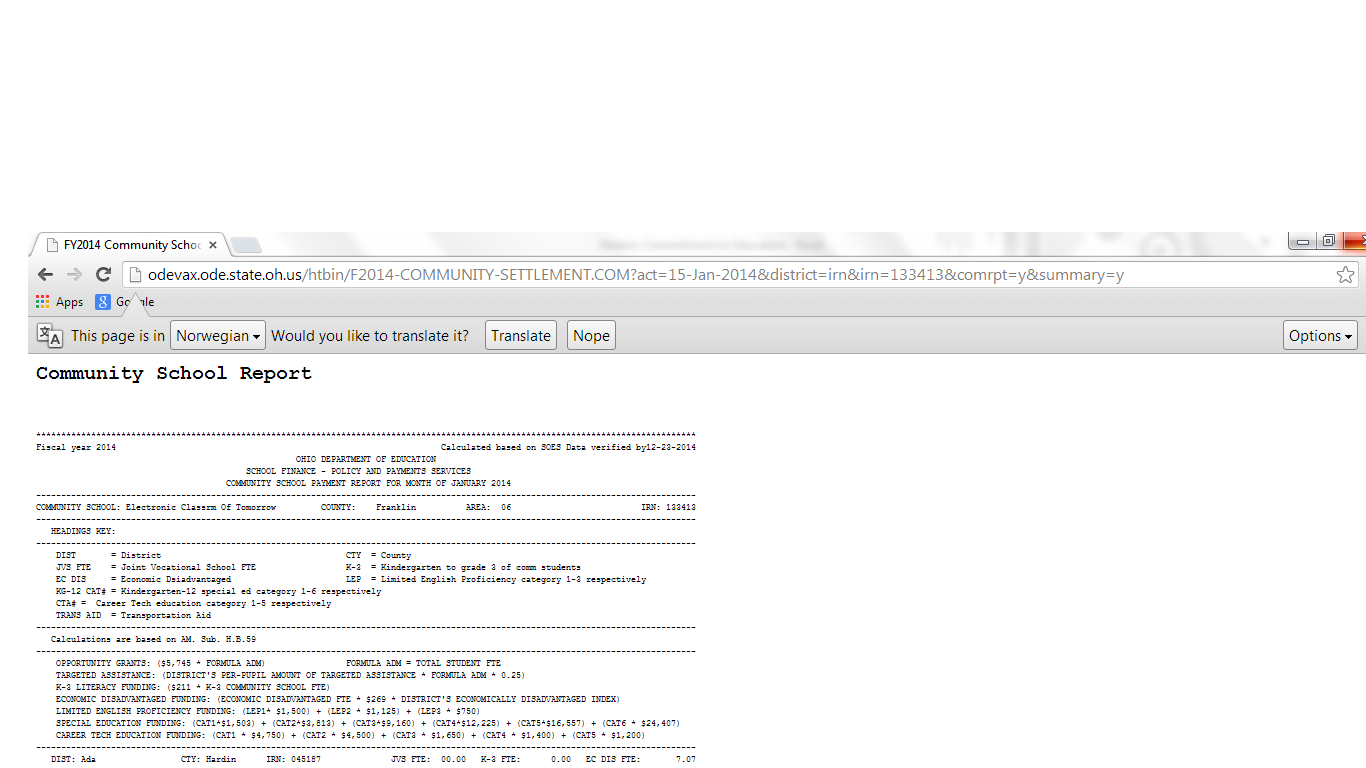 Now, I agree that state education funding forms can be dense and tough to understand, not to mention very difficult to analyze because of formatting issues.

This is because of all the EduSpeak terms used throughout the form. Terms like "KG-12 CAT#" or "EC DIS FTE". Do I think this says something nefarious about ECOT or something? No. It's a funny quirk of Chrome.

What do I think it means?

I think it means that ECOT gets a lot of money from a lot of districts and the way the state delineates where it comes from uses a lot of difficult-to-understand EduSpeak terminology. This has nothing to do with ECOT, really. It's a function of education funding's Byzantine structure.

Which brings me to what I think is the big point is with Google Chrome thinking any Ohio education finance form is written in Norwegian, be it ECOT or any other district or school: Perhaps we should make the forms easier for everyone to understand?

It's fair to say that if the geniuses at Google think your forms are written in Norwegian, it's time to make those forms a little more accessible to the taxpayers whose money these forms are meant to track.