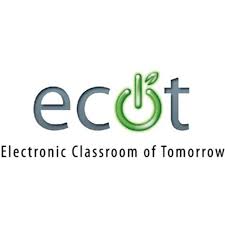 When I was in the House, we tried to eliminate the profit motive in 2009, but couldn't thanks to a reulctant Republican Senate. It's been an issue I've brought up for years. The profit motive has inspired disgusting levels of charter school campaign contributions and allowed Bill Lager to fleece Ohio taxpayers to the tune of more than $1 billion while his for-profit management company drove ECOT into the ground.

The profit motive allowed former Ohio Charter School Kingpin David Brennan to have two waterfront homes in Naples next door to each other -- one for living and one for entertaining politicians.

Most of the worst performing charter schools in the state are run by for-profit operations.

However, you really don't see the damage a profit motive causes a school until you look at the schools' expenditures. For example, even though the average for-profit charter school spends $11,005 per pupil, which is $1,260 less than the average school district, for-profit charters spend an incredible 44% more on non-instructional administrative costs. Charters run by non-profit outfits spent only 9% more than the average school district.

Remember that charters generally do not receive direct locally raised tax dollars, which tells you just how generous the state is to these schools. I digress.

What does this mean? It means that our tax dollars are paying for nice cars and houses for for-profit bigwigs instead of students. Take a look at this:

The average for-profit charter spends $776 less on instruction than the average school district. Yet it spends $761 more on non-instructional administrative costs -- an almost perfect 1:1 ratio.

These schools could spend what school districts do in the classroom if they weren't so busy pocketing profits.

This bill is a nice counter to the problematic My School, My Choice questionnaire I discussed in detail yesterday. The bill demonstrates where the clear mainstream on school choice is today in Ohio. We want accountability and to remove the profit motive from charter school operations so tax dollars can more efficiently reach the classrooms and students who need those resources.

It's time for us to pay for education, not cars and houses for well-heeled political contributors, don't you think?
Posted by Stephen Dyer at 4:10 PM