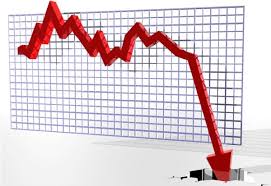 These are crazy times. And they're only going to get crazier.

However, one thing that I've not really seen reported or discussed is what will certainly become a huge state budget shortfall, probably first manifesting itself in April's revenue receipts put out by the state.

Having gone through the last one of these as a State Rep., I think I can help offer some suggestions about the last budget crisis we felt during the Great Recession.

1) Assume the worst. I can't tell you how many times I thought we had figured out a state school funding plan, only to find out a week later we had $250 million fewer in the state's coffers. Assume the worst for what will soon become a createring of tax revenues. And build from there.

2) Invest wisely. This crisis will be different from previous ones in that most folks who do work will have to do so remotely, and students will have to be schooled from home. Both of these realities require internet access and computers. More than ever we need universal broadband internet access across the state. Use this as an opportunity to deliver what's been needed for two decades now.

3) Set priorities. We need investments in areas of the economy that can help grow it. Building things, educating people, ensuring public safety should all be priorities that are set. Now is not the time for pet projects. It IS the time for lots and lots of pork to keep people working and the economy working.

I do not envy the state legisltors who will have to deal with this. My heart also aches for Reps. Cupp and Patterson who worked so hard on their new school funding plan, which holds real hope for Ohio's kids. But instead of a solid economy to make the change, they're going to face a similar economy to the one I faced in 2009 when we did the Evidence Based Model -- a similarly hopeful change that ran into the harsh economic reality of a major recession and forced a 10-year phase in period.

I hope for our kids' sake that we will keep trying big things on education. But I fear we will lose sight of the forest over the next few weeks and months. It will be our job to keep people focused and right during this really difficult time.

Email ThisBlogThis!Share to TwitterShare to FacebookShare to Pinterest
Labels: Evidence Based Model