They're at it again. In a story contained in Gongwer (a paid site), Darlene Chambers, CEO and President of the Ohio Alliance for Public Charter Schools claimed that a fact on the new website http://KnowYourCharter.com (whose data I compiled) was wrong.


The charter advocacy group said, for example, the website says Stambaugh Charter Academy in Youngstown had "100% of students at school less than 3 years." The school's sponsor says the figure is not accurate. "Stambaugh is a high quality school with a high student retention rate," Ms. Chambers said.

As a former reporter, I got that sinking feeling reporters always get when we find out something we print could be wrong. Then I checked it. Here's the actual data from the actual Ohio Department of Education spreadsheet: 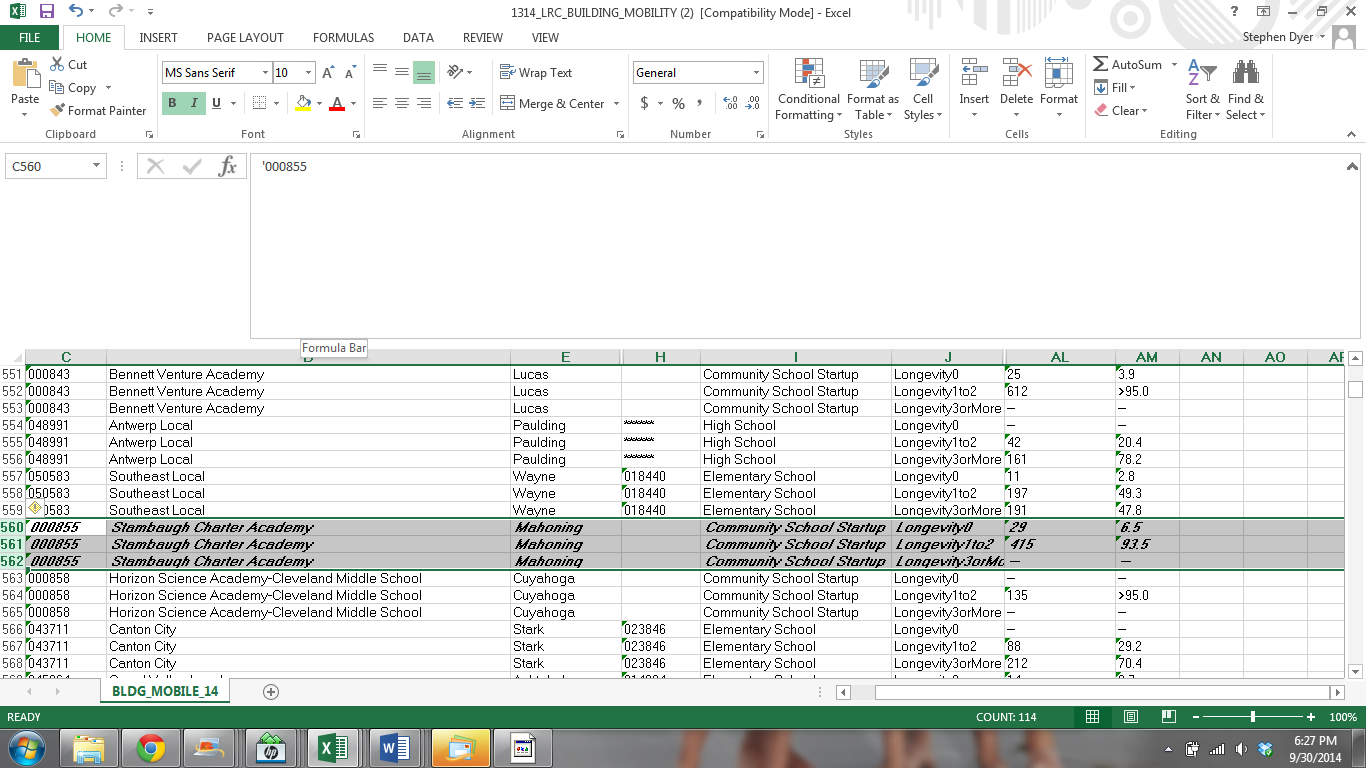 As you can see, all children at Stambaugh were in the Charter less than 3 years, as reported to ODE -- the exact thing Know Your Charter reports. So the only specific criticism of the website offered by OAPCS is actually dead wrong.

I would hope that the OAPCS would be willing to issue a retraction of their statement to Gongwer. We need OAPCS to be forceful advocates for Charter School transparency and accountability, not complicit bystanders in their struggles.

Our kids deserve nothing less.
Posted by Stephen Dyer at 7:03 PM