The Ohio Department of Education has a section of its website devoted to school choice. Traditionally, that has been called simply "School Choice". Here's a screen shot of that tab, which has been used for years and was captured by the Wayback Machine on April 6. 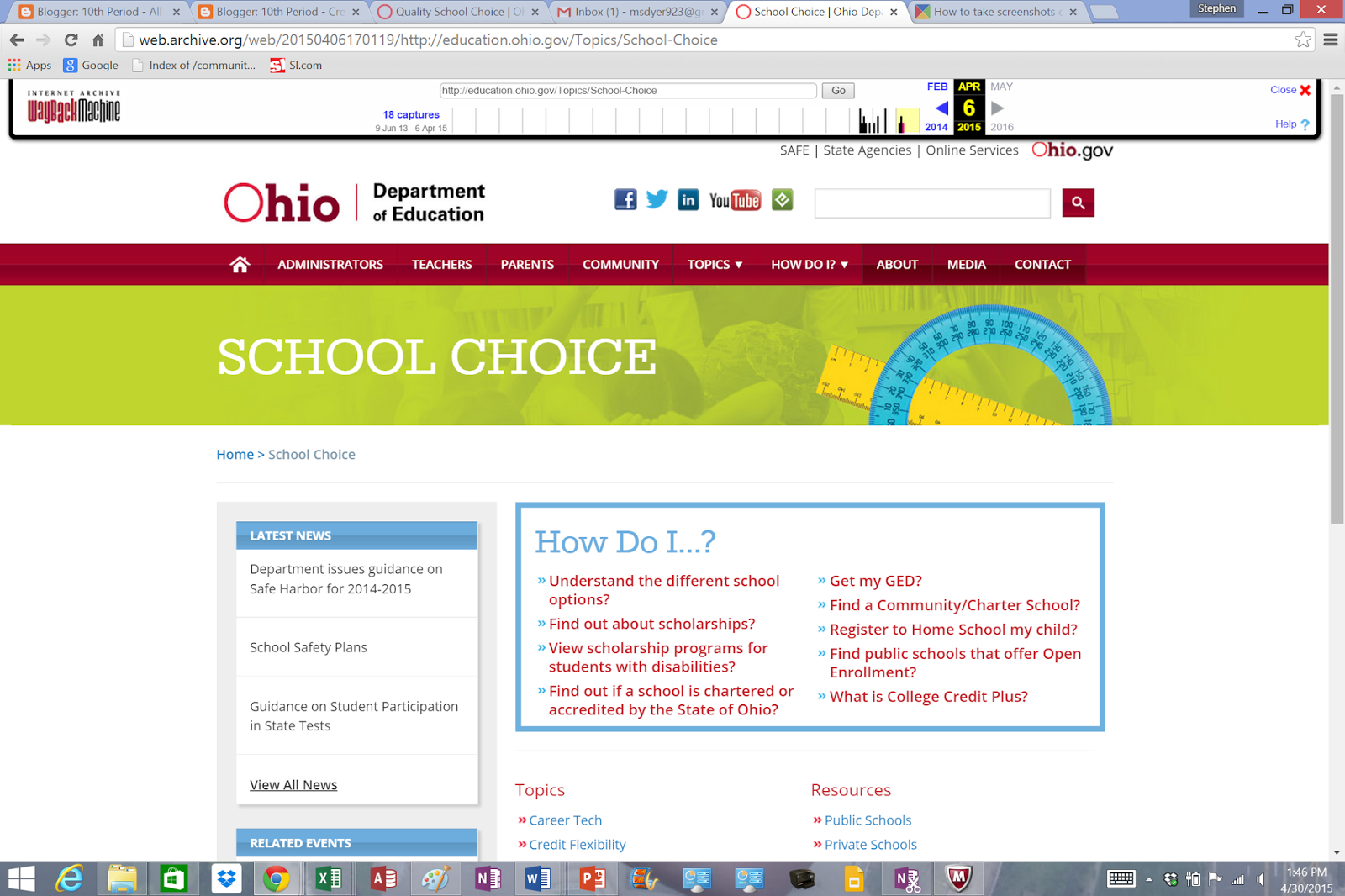 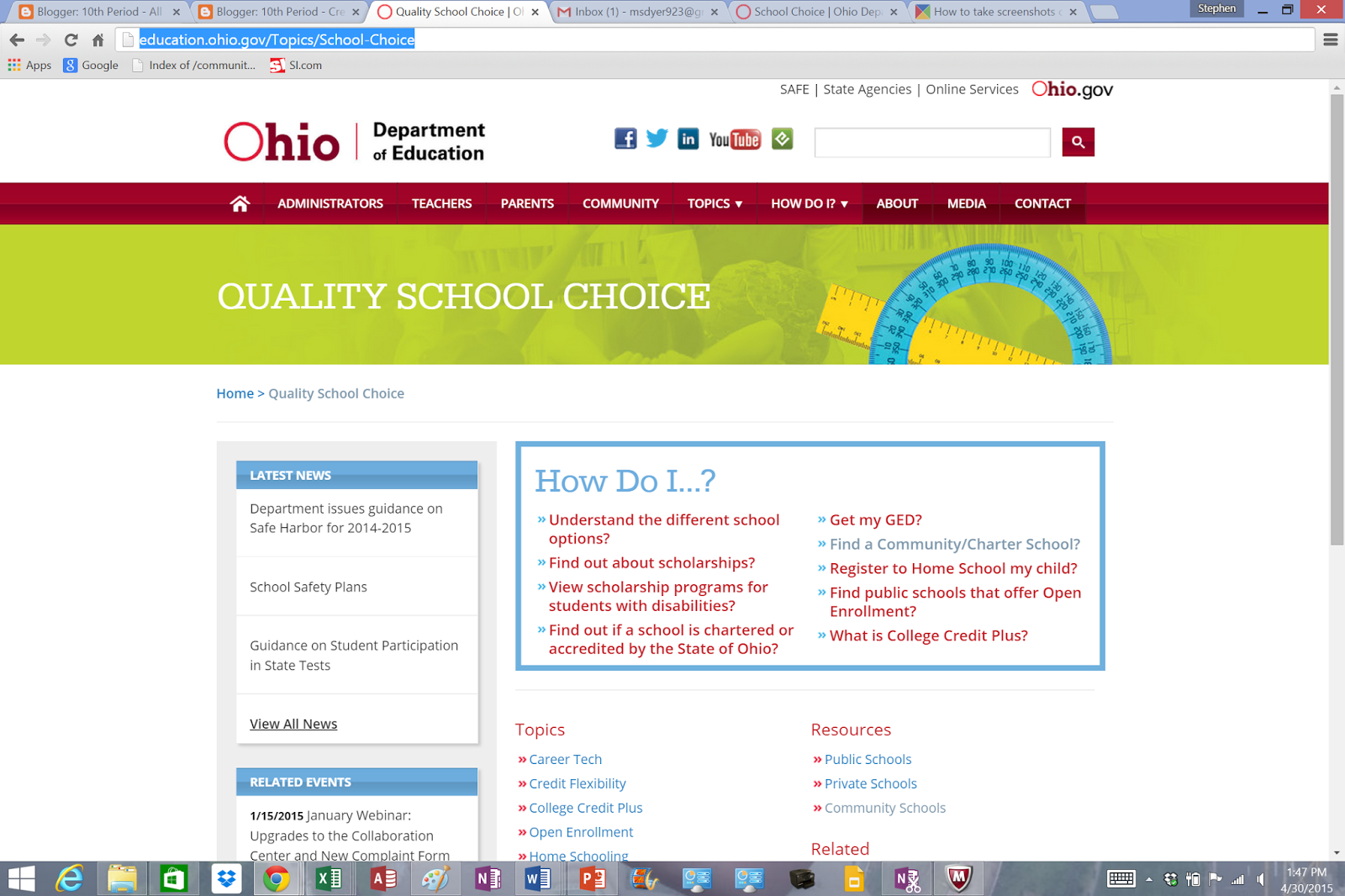 Now changing the name of Ohio's school choice options doesn't actually make them quality. As I've been talking about here and here, Ohio's charter schools just aren't up to snuff. But the fact that ODE has finally adopted the language of the quality-focused charter school community is a hopeful sign that better things are to come. And, perhaps, Senate Bill 148 has a better shot of remaining largely intact than we all originally thought.