Over the last month or so, I have been busily compiling data and reports for Know Your Charter -- reports I frankly hoped would give, well, hope to the idea that Ohio charter schools shouldn't be a national joke. I'm embarrassed that my state's education system -- any part of it -- is subjected to ridicule and scorn. I know Ohio's a great place to live and raise a family. But all the data -- and I mean all the data -- demonstrate emphatically that Ohio's charter school system overall is the exact "debacle" national observers have claimed. But it's not just a debacle for kids in charters. It's also really bad for kids who aren't in charters -- a story not often told, let alone known.

Over the next few days, I will sift through the data for you to emphatically demonstrate the problem Ohio has, its scope and, ultimately, solutions that can make Ohio a leader on high-quality charter schools, not the state where quality goes to die.

Today represents Part I of this effort.

Here is what the data show:

Here it is in a pie chart. You can see just how much money goes to worse-performing charters. It's not good, especially because charters have been sold as higher quality options for parents and kids. In Ohio, they generally are not. 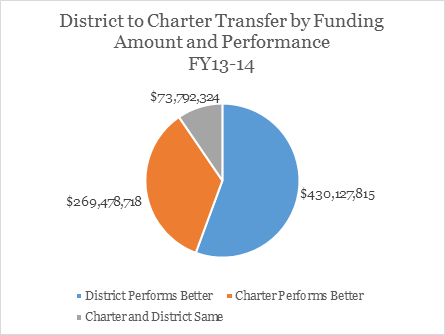 What's even more amazing is when you see how many times the transfers went to worse-performing charters. 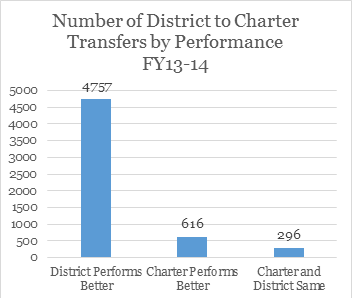 This means that nearly 5000 times, the transfers (which means all kids going from a district to a charter, whether that's 1 or 1000) went to worse-performing charters. And, more importantly, look at how many kids go to worse performers: 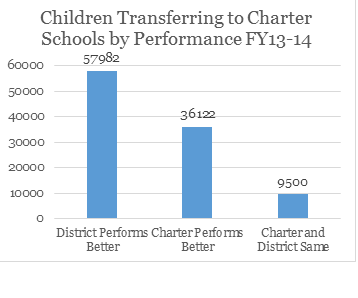 This is not good. But don't worry, it's worse than it looks. That's because the funding that follows these children to worse-performing charters means that districts have less state funding to educate the children who remain in the school district. That means one of two things: Districts become more reliant on local property taxes, which is unconstitutional, or, as happens in 86 Ohio school districts, every kid loses funding, even including local taxes. Here are the top 25 districts that lose overall per pupil funding because charters take so much more than the state would have given the districts for the same kid that not even the district's local revenue can make up the difference: 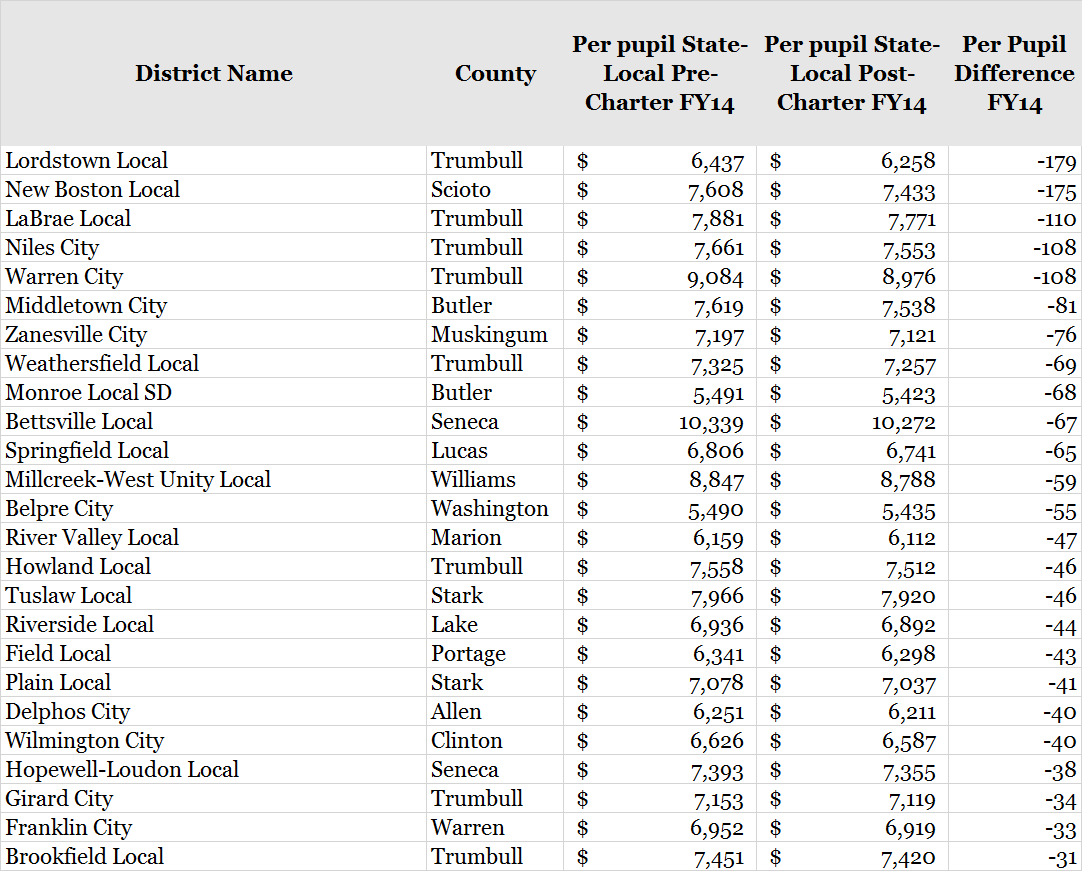 And here are the top 25 districts whose state share drops the most because of the charter deduction. In other words, these are the districts who could make the strongest argument that charters cause a greater "overreliance on property tax" -- a no-no, according to the Ohio Supreme Court. 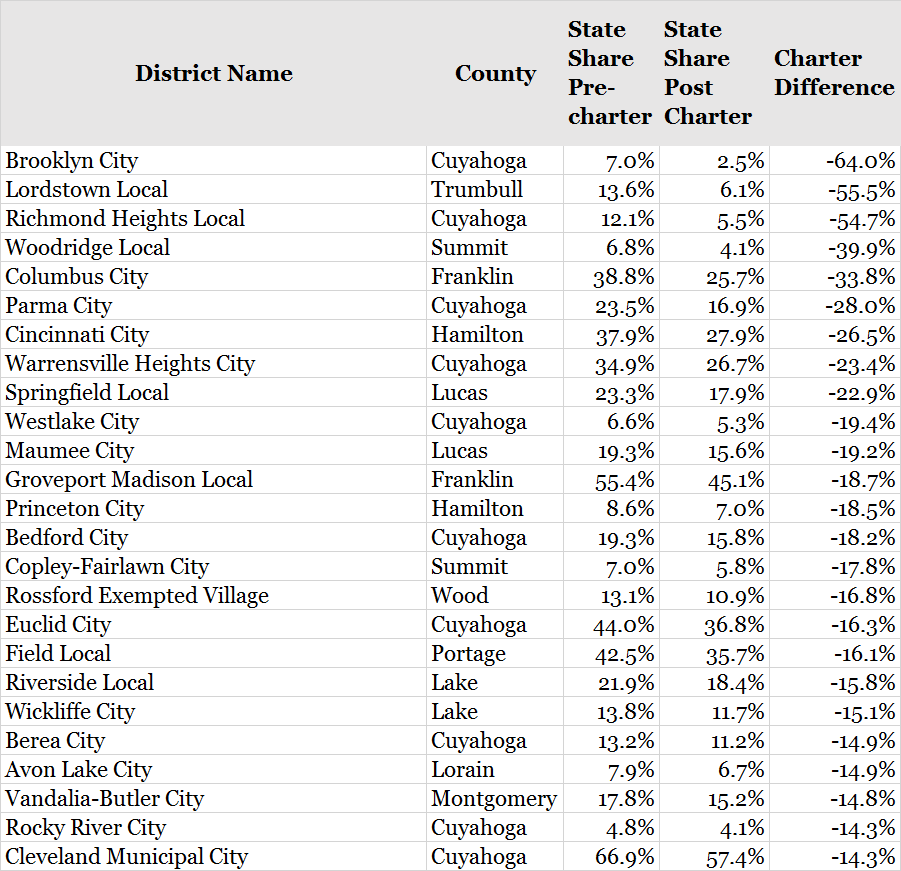 As you can see, charter funding has a profound impact on funding for kids in school districts. The great, untold story of the Ohio charter school experience has been its effect upon the 90% of kids who are not in charter schools. This funding system is a major problem. And despite the fact that the charter school reform measures currently pending in the Ohio General Assembly are strong and (especially Senate Bill 148) historic, the fact that they do not deal with funding reform leaves a gaping hole in Ohio's charter structure -- a hole that must be filled, not just hidden with good camouflage.