Today is a big day, for it is the day that I join forces with Fordham's Jamie Davies O'Leary to bring a new voice to the Ohio Education Policy Debate. We're calling it "The Proper Perspective". It's an effort to bring sound, reasoned policy discussions around common issues of the day. Sometimes we'll agree. Sometimes not. But throughout we will be respectful and work through many of the policy issues we have in many cases just shouted through.

I'm excited because this effort is a natural outgrowth of the coalition building that's been happening in Ohio over the last several years, initiated by the need to improve our state's charter school system, but one I think can serve us well throughout the education policy arena. Without further ado, he we go... 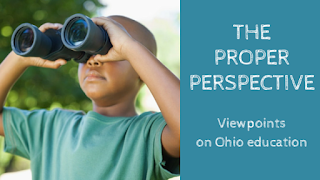 “The Proper Perspective” is a discussion between Jamie Davies O’Leary, senior Ohio policy analyst for the Thomas B. Fordham Institute, and Stephen Dyer, education policy fellow at Innovation Ohio. This joint effort was hatched one afternoon after Jamie and Steve had a lively back-and-forth over email about (what else?) charter school data. Interested in many of the same data points and research questions, they decided to share some of this exchange more publicly, helping both to illuminate trends in Ohio public education and formulate policy recommendations through their insights.
In some areas, they’ll find opportunities to coalesce, and even celebrate. In a state often divided vehemently on public education, there’s value in finding alignment with those you may have disagreed with previously.
In other areas, interpretation of the same facts is bound to diverge. That’s OK. We’ll strive for thoughtful dialogue—backed up with research and data—rather than ad hominem attacks or the same ideological shouting that has marked Ohio’s education reform debate for too long. Thanks for joining us and for listening—to both of us. We hope it will be both entertaining and enlightening.
*****************************************************************************
A decade of performance gains: What does it mean?
In the last ten years, Performance Index scores have improved across the board in Ohio’s traditional and charter sectors. Some charters and districts have shown radical improvement. Others have stagnated, and a few have seen a drop. But overall, it appears that Performance Index scores—a measure of achievement in tested grades and subjects—are rising, which means that schools and districts are improving and that our accountability system is headed in a good direction.
Here are a few data points.
Districts
·       In the ten school years between 2004–2005 and 2013–2014, districts saw a 6.8 percent increase in their Performance Index scores, from 92.80 to 99.10.
·       Of the 610 districts that received Performance Index scores in each of the school years, only twenty-three (or 3.8 percent) saw a drop in scores.
·       Big 8 urban districts improved by more than 10 percent, which was greater than districts overall.
·       Big 8 urban districts have a 3.4 percent higher score, with a 6 percent higher poverty rate than charters. 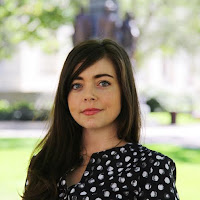 *************************************************************************
Jamie Davies O’Leary
It appears that Ohio schools—especially those serving poor kids—have improved modestly in the last decade. Achievement scores have risen among traditional public and charter public schools alike, in some instances by phenomenal margins.
There are multiple explanations for the across-the-board improvements. Ohio’s accountability system—however loathed by some critics—might be doing its job, albeit slowly. Districts may have improved in the face of pressure from the increased transparency and scrutiny schools must face from the school report card system. Meanwhile, the uptick in school choice and competition—charter schools, private schools accepting vouchers, open enrollment, etc.—might be encouraging schools to focus more on meeting students’ needs and thus producing better outcomes for kids. More cynically, perhaps everyone has just gotten better at teaching to the test and improving their scores.
Good news is hard to come by for schools serving poor kids, so I don’t want to minimize these gains. It’s important, however, that we acknowledge that Performance Index is only one metric by which Ohio should gauge the success of its accountability system. Average composite ACT scores (from 2004 to 2013) have barely budged. According to the National Assessment for Educational Progress (NAEP), reading achievement is flat (there has been a modest increase in math scores). While we should celebrate those schools that have improved dramatically, much more is needed in many instances. Dayton and Youngstown had the second- and third-highest PI gains (as a percentage) among Ohio’s Big 8 districts, but current PI scores of 75 and 78 (respectively) remain unacceptable. (The statewide average in 2013–14 was around 95.) Poor graduation rates and growth scores corroborate the need for more dramatic efforts in these cities and elsewhere. So let’s not get overly excited about the improvements schools are making along the PI measure. 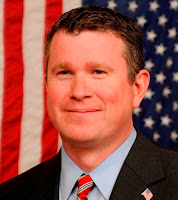 Stephen Dyer
Ohio’s school districts – and especially its charter schools – have seen marked student performance gains over the last 10 years.
The biggest improvements were in the lowest performing districts and schools, which indicates that low starting points play a role. But we shouldn’t short-change these schools’ improvement. It’s good news.
There are caveats. For while the state’s charter schools showed the greatest 10-year performance gains, charters had much further to go, having scored about 15% lower than the lowest school district 10 years ago.
The sector’s average Performance Index score has improved an impressive 45%, yet it remains lower than 605 of Ohio’s 613 school districts’. The state’s urban districts, despite having greater proportions of economically disadvantaged students and higher scores 10 years ago (limiting their gain potential) improved by more than 10% on average, which is also impressive.
So while the charter average has improved substantially, it hasn’t been able to make up its performance gap.
Yet.
It’s important to remember that every district lost at least some students to charters last year and about ½ of charter students no longer come from the state’s urban core. So charter-to-urban comparisons aren’t nearly as obvious as they appear.
Children in districts with greater or similar portions of poor students outperform children in charters too, which means demographics can’t fully explain lower charter scores either.
However, despite the many complaints from me and my friends about the state’s test-heavy accountability system, it is producing some impressive results … on test scores. Other important outcomes like critical thinking, creativity and love of learning remain unassessed.
We can also see how far we still have before our charter school sector provides the kind of systemic quality our kids deserve, reinforcing the urgency of remaining on the quality-based track the state has recently adopted.
Posted by Stephen Dyer at 4:05 PM