Charter Schools Do Get Direct Local Funding. Sort of. 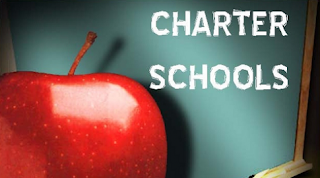 OK. This may be a little in the weeds, but I think it's important to point out as we consider charter school funding.

Contrary to the complaints of many, charter schools actually do receive direct local revenue.

Yes, there were eight charter schools that actually received local property tax revenues last year, to the tune of less than $500,000 total. And when charter proponents claim that charters get no local revenue except for a few, this is what they are discussing.

However, until 2012, there was another revenue stream that was considered "local revenue" by the state of Ohio that were not local property or income taxes. These payments (tuition, interest on money, fees, etc.) were considered "local revenue" when the Ohio Supreme Court ruled four different times that Ohio's school funding system was unconstitutional because it relied too much on local sources.

In 2012, in a move I criticized at the time for trying to artificially inflate Ohio's state commitment to education, the state removed these other local revenue streams form the "local funding" calculation and created a new one called "other non-tax". However, because these payments were considered local for the previous 20 years of data, to make state-local, apples-to-apples historic funding comparisons, you have to wrap the "other non-tax" revenue in with the "local revenue" funding stream.

Why am I re-living this intensely nerdy argument? Because this "other non-tax" revenue stream provides a significant chunk of change to Ohio's charter schools, and in a few cases even provides more funding to charters than the schools' state revenue stream.

In fact, last year, 87 percent of Ohio's charter schools received at least some "other non-tax" revenue streams, which until 5 years ago were considered "local revenue." The total was just short of $44 million spread across 328 charter schools. The average per pupil amount for the schools that got this funding was $435. That's not insignificant.

The iLead Spring Meadows and Global Ambassadors Language Academy charter schools both received more of this "other non-tax" revenue, which at one time was considered "local revenue", than they received state revenue. And 38 charters get more than $1,000 per pupil from "other non-tax" revenue sources. The major chunk of these payments come from fundraising or grants the schools receive.

So in addition to receiving far more per pupil state funding and more per pupil federal funding than the Ohio school districts with which charters compete, they also receive significant sums from what until 5 years ago was considered "local revenue".

Because but for a name change made by bureaucrats five years ago, they actually do.