Charter Schools Again Want Their Cake and Eat It Too 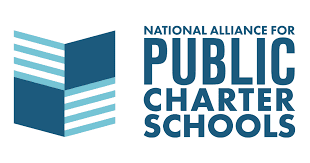 For years now, I and other critics of Charter Schools have been regularly chastised for suggesting that charters are not really public schools, even though they are called public schools in state law. In fact, every judicial and quasi-judicial panel that's examined charters' organizational status has found them to be private actors, not public schools.

Now we discover that the National Alliance for Public Charter Schools is telling charters to apply for the Small Business Administration Loans in the $2 trillion CARES Act that passed last month. Why is this significant? Because the NAPCS thinks that charters could qualify for the money -- money that is not allowed to be accessed by governmental entities. It is only for "non-governmental" entities.

So if charters qualify for these low to no-interest SBA loans -- like a restuarant can -- then they are definitely NOT public schools.

Once again, charter schools are gaming their squishy governmental structure. They want to access all the money available to them based on whichever form of governance benefits them -- whether that's as a non-governmental or governmental entity.

It would be outrageous if charters would be able to access SBA loans and additional stimulus for all schools. No other public school could do this.

And if they get SBA loans, that should be credited toward their other stimlus payments.