Navigating a Crisis: Lessons from 2009 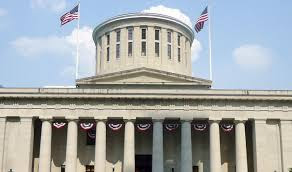 I know I tend to talk a bit about my time as the Chair of the Primary and Secondary Education Subcommittee on the House Finance & Appropriations Committee. I try not to use that word salad too much, but being in charge of the $24 billion biennial education budget while making sweeping changes to the state's school funding system was one of the honors of my life.

I haven't talked much about how the Great Recession interfered with that effort and how we were able to deal with hundreds of millions of dollars of lost revenue each month.

As it appears we're about to face a similar and potentially deeper state budgeting crisis next year, I thought I'd offer some insight about ways for the state and federal governments to make sure we're still able to provide the essential services our country needs (specifically education) while navigating a financial and humanitarian crisis.

So, here it goes.

In the 2009 Stimulus bill, the federal government provided Ohio what they called State Fiscal Stabilization funds. This money was meant to prop up state budgets while state revenues (primarily income and sales taxes) cratered. The idea was to ensure that the state could essentially maintain the same level of services through the crisis, and even more in some areas (like unemployment, food stamps, Medicaid, etc.) that are more heavily used during recessions.

However, we were only able to draw down that additional funding because we were able to show something called "Maintenance of Effort." The feds required states to maintain a certain level of state funding relative to previous years' spending before allowing states to draw down the federal dollars. I get it. You didn't want states just gobbling up money without any effort.

However, the maintenance of effort with the 2009 stimulus was quite rigorous. And there were times when we didn't think we'd be able to make it. In fact, as Chair of the House committee dealing with the education portion of the budget, I forced the legislative and executive budgeting offices (we rarely if ever agreed on anything) to meet for many late nights (along with me and my staff) so we could have agreement by everyone in the room that we had met those standards. So instead of working on programs that could help kids, we spent countless hours doing an accounting exercise.

If there is one thing I'm hearing today from school leaders, teachers and parents, it's how this crisis has revealed the technology equity gap between districts and even neighborhoods of districts. There are many students throughout Ohio that don't have computers or internet access at home. Not every district can afford to give out laptops and hotspots to every kid, especially in areas with lots of families who don't have internet or laptops. Some districts are mailing out worksheets for families to mail back the responses.

Federal Title IV, Part A funding is meant to address these technology concerns. If the feds would significantly boost funding to this program, it would allow many families to access the technology needed to do universal remote learning. And in the context of trillions of dollars of federal spending, this should cost a relative pittance.

During the 2009 recession, as we were watching literally hundreds of millions of dollars of revenue just disappear monthly, Gov. Ted Strickland and the House still undertook what remains today as the most ambitious effort to fix our unconstitutional school funding system -- the Evidence Based Model. A version of this Evidence Based Model of school funding is still in place in Wyoming, which has the most highly regarded, equitable and adequate funding system in the country.

While the recession kept us from realizing the model's true potential for our kids, it did allow the state for the first (and only) time to commit additional state resources to education beyond the biennium. It promised a little more than $3 billion additional state revenue over 10 years, greatly reducing our state's need for property taxes to fund education -- the primary issue for the Ohio Supreme Court and why it ruled four times that the way we fund schools is inequitable and inadequate.

The current legislature has the Cupp Patterson funding plan before it as we speak. I would urge leaders to not ditch the plan. Instead, use this crisis to make the changes everyone knows we need to our school funding system. Commit to fully funding the plan, even if it's many years in the future (you can always do it quicker if our recovery happens qufaster than expected).

But you will get a pass from folks if you don't immediately infuse billions into education because we just won't have it. But committing to that additional funding, even over a decade, will show schools, families and kids that the state is indeed committed to their futures. And at the very least, we will have a formula that is rational and can more efficiently and effectively distribute revenue to districts that need it the most during this coming downturn. If we're going to have to deal with funding cuts, at least have a formula in place that will better ease the pain on kids in districts that are most reliant on state funding (typically the poor ones).

A good formula can protect districts from cuts as well as it can benefit districts with funding increases. The makings of the best formula since EBM are in front of the legislature now. Don't abandon the good work. Use it to help ease the pain of the coming downturn.

Look, I more than most understand the political power of the anti-tax message in Ohio. In 2009, we delayed the implementation of the last year of the 2005 income tax cut by two years and I got hammered for "raising taxes" the rest of my political career.

Unfortuantely, there is no relatively simple revenue fix available to lawmakers now. They've cut taxes to the bone. About the only large pot of money out there is the $1 billion or so "LLC loophole." But will the legislature have the political courage to examine revenue increases during this downturn? Lots of people forget that after the last recession, property tax levies jumped and income tax rates increased too. The legislature wasn't willing to do that dirty work, so it was up to local communities to raise the needed revenue.

But I don't know how much more locals can do on revenue, what with school property taxes alone going up by about $2 billion between 2010 and 2018 and the average tax rate jumping by 10 percent.

There is going to be a serious revenue shortfall coming up next year. The Rainy Day Fund likely will be depeleted soon. So then what? State legislators and the governor have to be sober and serious when dealing with this issue. We are going to need more first responders and educators now given the nature of this crisis. How do we provide these services with less revenue?

One option that will have to be discussed is more revenue.

Keep the kids in mind

One of the things I kept returning to in 2009 while we were worrying about lost revenue, maintenance of effort and creating a new school funding and accountability system was this: What will help kids the most? What I eventually landed on was pretty simple: Follow the evidence and fund those services we know will help kids, especially as their families fall on hard economic times. Smaller classes (which help offset many at-home issues), community liaisons, multiple ways to graduate more college and work-ready students and create a formula that most efficiently drives dollars to the neediest kids at the neediest times are all efforts that meet the need.

One of the issues with the Cupp Patterson plan is it is kind of a peanut-butter approach -- spread a lot of money over many districts, lessening the benefits for the most needy kids. But it's not that far from being fixed. A tweak here and there and we could have a formula that actually protects the most vulnerable kids and families from the coming recession. So let's do that.

These are just a few of my memories and recommendations for those who will likely face the most daunting task in our lifetimes -- developing and funding policies that help kids and families during what will surely be an unprecendented economic and public health crisis.

We've seen the state show great leadership on the public health side of this crisis. I pray it shows equal competence and leadership during the coming financial crisis. Because if they do, our kids and families will succeed and dig us out of this hole more quickly. If the state shrugs its shoulders, lacks courage and eschews bold solutions to an unprecedented crisis, then we will struggle for a generation.