So while I expressed concern in my previous post about districts' ability to address the needs of our state's most needy, those concerns are overwhelmed by our state's charter schools' stunning inability to perform across so many report card categories. And even where they do perform better than districts, it's only slightly better.

Let me bottom line Ohio's charter school performance: For a public investment of what is now $1 billion a year, along with 16 years of commitment, we have a charter system that provides slightly better performance than districts in two report card categories, slightly worse in one other and dramatically worse in 6 others.

Remember that charters take about 1/2 their students from districts outside Ohio's urban core.

That's not a performance record one would expect given this state's three-decade policy and financial commitment. Let's hope the state's new found quality focus will change this story. And soon. 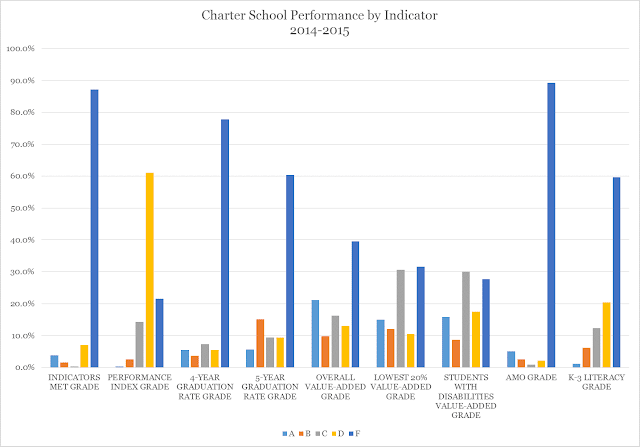