For 20 years, the Ohio Supreme Court has held that Ohio's dependence upon property taxes to pay for schools makes our system unconstitutional in a case called DeRolph v. State of Ohio. However, earlier today, Gov. John Kasich told school districts that are cut under his budget that going for MORE property tax levies is the answer to their funding woes. Here's what he told the assembled reporters:

In fact, the Ohio Supreme Court ruled four times that property taxes are the least efficient way to pay for schools. But apparently, Kasich knows better.

Never mind that he's willing to cut taxes by $3.1 billion to benefit primarily the most wealthy among us. You're right, Governor. When the Ohio Constitution reads that it's the state's responsibility to develop a "thorough and efficient" system of schools, they really meant only if certain school districts would be willing to pay for them with property taxes. 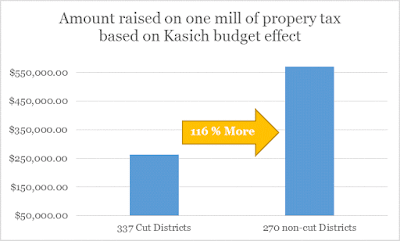 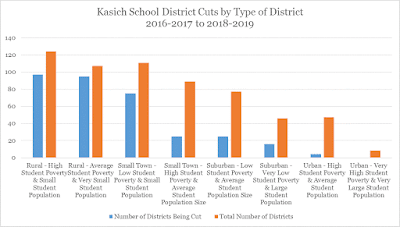 Tax cuts for the rich are more important than our state's 1.8 million kids.