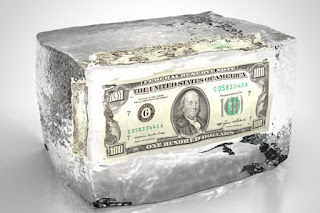 The current Ohio budget is fascinating because it contains apparently the first instance of a Governor's budget freezing in place the state's per pupil funding "formula" (which isn't really a formula, as I've discussed before) so that the basic aid each student receives in each district will be $6,000 for this coming school year and the one after and all future years.

As far as I can tell going back through as many budgets as are available on the Office of Budget and Management's website (through the 06-07 budget), Ohio has never frozen the basic state aid amount. And while the Evidence Based Model wasn't a classic per pupil funding formula, you could manipulate it to approximate per pupil funding, and it did represent an increase -- during the Great Recession, I might add.

This unprecedented freeze in the state's base aid amount is dangerous. That's because the Governor is putting in the $6,000 without any mention of school years, meaning he's trying to freeze that base aid figure permanently into law.

Why is this a problem? Several reasons.

I'm not saying that you automatically need to increase base aid funding by $100 a year or something. That's totally arbitrary, though it's what the state has done now for a couple budget cycles. What I'm saying is let's actually figure out how much kids need in order to have the outstanding educational opportunities they deserve and we all want for them.

Then let's fund it.

But freezing the base aid figure in perpetuity I fear also freezes any hope that we will one day achieve that lofty goal our nation's founder envisioned.

I'm hopeful, though. The very reasonable and thoughtful Chairman of the House Finance Committee, Ryan Smith, R-Gallipolis, called the Governor's manipulation of winners and losers in his introduced funding plan "asinine".