No. Gov. John Kasich did NOT provide a $200 million increase to schools

Amid much fanfare, Gov. John Kasich announced this week that his just-introduced budget provides a $200 million increase to Ohio's schools. However, as with most plans, the devil is in the details here. That's because Kasich rarely gives additional money to schools. He just moves money from one part of the budget to another.

So, for example, while he claims unprecedented levels of funding for schools, he is only talking about one line item in the budget -- the state foundation line. However, he has all but eliminated a line item that prior to his administration provided more than $1 billion a year to schools, which means this unprecedented increase in the one budget line item hasn't kept pace with inflation because of his unprecedented CUT in the other portion of the budget. 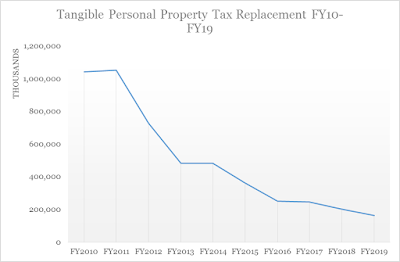 This same principle holds true for Kasich's $200 million increase alternative fact. Here are 8 line items in his budget that amount to a $227 million CUT to schools.

And now we're being told that the state is going to phase out guarantees, which (depending on how it's calculated) means more than 1/2 of all Ohio school districts will be cut in direct aid, and disproportionately poor districts with shrinking populations.

So we have that analysis to look forward to later this week when the district runs are released.
Posted by Stephen Dyer at 10:25 AM