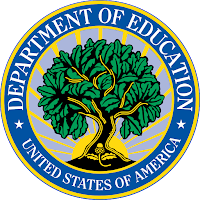 Today, I was looking at the Ohio Department of Education's (ODE) website and out of curiosity decided to check in on the state's implementation of that much-ballyhooed $71 million grant -- the nation's largest -- it received to grow high-performing charter schools here.

Later, it was discovered that David Hansen -- the husband of Ohio Gov. John Kasich's Chief of Staff -- who oversaw Ohio's charter school program rigged the application by hiding the performance of the Electronic Classroom of Tomorrow from the federal government, breaking state law.

That got Hansen resigned (fired), and was probably the moment that swung the pendulum against ECOT among Ohio's ruling political elite for the first time. That school year was when ODE started asking ECOT whether it actually had the kids it was charging taxpayers to educate.

But it also got Ohio in a pickle and twisting through about 2 years of haranguing with the U.S. Department of Education over the state's notoriously poor oversight of charter schools. Finally, last year, the state gave out a staggeringly low $1 million of that $71 million to just three of Ohio's about 400 charter schools.

Then the state just gave back $22 million of the $71 million, saying it just didn't have enough good oversight agencies running charter schools. A fine admission. But that was the case in 2015 when Hansen lied to the feds and said the state actually did have good oversight.

Well not much has happened since April 2017 in the media about this, so I decided to check up on the grant's progress. And it's not good. At all.

In its assessment of ODE done for the federal Department of Education last October, WestEd -- a consulting firm -- wrote this staggering paragraph:


"During interviews with the site visit team, ODE did not articulate a plan for the OCS (Ohio's Office of Community Schools) to disseminate best practices for recruiting, enrolling, serving, or retaining educationally-disadvantaged students."

What? This wasn't ODE forgetting to fill out a form. ODE officials sat down with evaluators and failed to articulate how educationally challenged kids would be helped by the federal grant. I mean, WTF? Isn't that the whole point of charter schools? I mean, that's the one I hear all the time.


"At the time of the site visit, the grantee’s draft monitoring protocol did not include plans to ensure compliance with Federal and State laws related to educational equity, nondiscrimination, and access to public schools for educationally-disadvantaged students."

"The draft RFA does not include plans for awarding subgrants based on innovativeness. Applicants are asked to explain the effectiveness of their proposed educational program, but not the program’s innovativeness.

There are. No words.

Nor does there seem to be much independent oversight of this program now. The state had created an advisory committee made up of several experts meant to help the state navigate the program. According to the ODE website, "The Committee shall meet on at least semi-annual basis with the first meeting occurring thirty days prior to the department publishing its first request for application for the CSP Grant.  Thereafter the Committee shall meet in June and December of each year."

Yet, the only meeting minutes (which are quite scant, by the way. But I digress.) posted on the website are from March and April 2017. The last line of the April minutes says they were slated to meet in July 2017. No minutes from July, though. And no indication this group has met since April 2017.

Yet the state apparently took applications for grants for this coming school year. No word about whether they've been granted.

So after three years and constant communication with the feds, the $71 million charter grant Ohio got in 2015 amid much fanfare has been sent to 3 of Ohio's nearly 400 charter schools for $350,000 each.

And ODE still has no plan to ensure charters better serve at-risk kids or implement innovative learning, which was the whole point of the grant in the first place.

Look, I know federal grants are a pain. I know that David Hansen's lies to benefit Bill Lager's now disgraced ECOT put Ohio behind the 8 ball. But good Lord this is awful. And it speaks once again to just how far behind we are as a state on this issue and why the country still considers us the Wild, Wild West of charter schools.

We must do better. And we must demand better. This is embarrassing.
Posted by Stephen Dyer at 1:31 PM 7 comments:

Well, like all courts before it, the Ohio Supreme Court came to the pretty common sense conclusion that the Electronic Classroom of Tomorrow should have to prove it's actually educating kids before taxpayers pay them to educate kids.

Really. It took an Ohio Supreme Court ruling to establish the pretty common sense idea that eschools should have to prove they are educating kids before taxpayers pay them in Ohio.

Here is the core of the Court's ruling that was handed down this morning. I remind my friends outside of Ohio that the fact the state's highest court had to write this sentence indicates just how far we need to come on eschool policy.


"We determine that R.C. 3314.08 is unambiguous and authorizes ODE to require an e-school to provide data of the duration of a student’s participation to substantiate that school’s funding."

What's more amazing is this: Two of the court's 7 Justices ... disagreed!

Two Ohio Supreme Court Justices said it's fine for taxpayers to pay ECOT to educate kids it can't prove it educated. But we are living in Ohio. Oh, and does it surprise anyone that one of those two was Justice Terrence O'Donnell who spoke at ECOT's 2013 graduation -- in his Justice's robes no less -- and bragged about how ECOT founder and massive campaign contributor Bill Lager had a direct line to his office?

But there are very interesting tidbits in the dissent. For example, it explains over and over again that when the Ohio General Assembly established the state's charter school system, it never intended for the Ohio Department of Education to figure out whether kids going to these schools were actually being educated in them. I swear. That's what the dissent said.


"It is telling that the legislature addressed many of the concerns motivating this litigation—i.e., that e-schools should have to maintain records documenting student participation—without expressly linking state education funding to the duration of online participation."

The dissenters are correct here: It is telling that the Ohio GA wouldn't tie any of this to funding at e-schools. In fact, it's pretty clear that the reason ECOT was ever held to account wasn't because of the Ohio General Assembly, or the Ohio Auditor of State, or the Ohio Attorney General. It was because the Ohio Department of Education asked ECOT a very simple question: Prove you're educating these kids.

When they couldn't, ODE asked for taxpayer money back.

Did ODE have statutory authority to do that? The Ohio Supreme Court ruled today that it did. But don't misconstrue this. The reason the court let ODE do this was because of common sense. As Chief Justice Maureen O'Connor said during oral arguments when ECOT claimed that the school should be paid even if kids enrolled there do no work: "How is that not absurd?"

But the dissent makes a good point, and lays bare one of the core issues with Ohio's highly political eschool policy: The politicians who have taken money from ECOT founder Bill Lager and OHDELA founder David Brennan for more than 20 years created a system where those two guys could be paid billions of dollars and never have to educate a single kid.

Absurd as it may be, that is exactly the system Ohio's politicians set up for their contributors.

And it is a system that finally may be changing as its absurdity is revealed and those enablers begin to be held to account.
Posted by Stephen Dyer at 11:41 AM 8 comments: