Desperate Times Call for Desperate Arguments, or How To Avoid Investing in Students 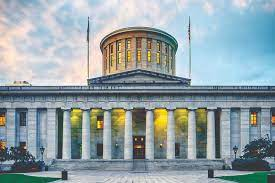 The Ohio House of Representatives included the Fair School Funding Plan (FSFP) in its version of the state's biennial budget last week. And already State Senators are pooh-poohing the work of the House Speaker and others -- work that took nearly 5 years to complete.

Why you'd rip apart the life's work of a House Speaker of your own political party, I have no idea. But let's move on.

There seems to be a common argument being made against the Fair School Funding Plan -- an argument that I thought I'd debunk for you here, Dear Reader.

It goes something like this: The FSFP bases its annual teacher salary -- the largest cost driver of the formula -- on old data. Therefore, when it's calculated in later years, the salaries will skyrocket. Therefore, the formula will cost double, triple, no infinitely more! than the current $1.8 billion plus price tag.

This is utter nonsense.

Between the 2005-2006 school year and this past one, teacher salaries have increased at about 1/3 the rate of inflation, not the huge percentages some in the Senate claim.

And while, yes, additional federal and state money from the American Recovery Plan and the FSFP, respectively, may lead to salary increases, they'll also lead to more teachers being hired, which tends to be at lower salary grades.

One more thing. The FSFP does not include in its average salary calculation any salaries over $95,000 a year. So let's say half the districts in the state decide to pay their teachers $1 million a year. Not a single one of those salaries will be included in the teacher salary calculation used by the FSFP.

This is a bogus argument meant to stymie the first real hope in over a decade of finally fixing the state's school funding system -- a system that remains unconstitutionally over reliant on property taxes. We're currently at the highest level of local property tax reliance since 1985. 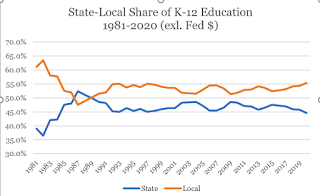 I think what's at play here is very simple: State Senators have been used to underfunding education for so long that when you suggest that (gulp) state aid should actually track with student need, they blanche.

"Can't you spend what you did 25 years ago and get better results?" they ask. Because that's essentially what they've done and demanded for the last quarter century.
.

The FSFP actually says, "Let's get the money necessary to meet kids' needs today and into the future."

But State Senators don't know how to cope with that. You know. Providing the money that's needed. They just want to provide the money they think kids deserve. Because that's what they've always done.

Now let's work on the State Senate to get them to see the light too. Now's the time.